Fill out my online form.

Florida is known for its beautiful beaches and the plethora of bodies of water that dot the state! While many residents love playing and relaxing at the beach and living on the coastline, a separation between land and sea may be needed to protect homes and communities’ health, safety, and stability near bodies of water. Seawalls have become a common feature along the coast to prevent water from encroaching or eroding on an area of land, but when these are damaged, it could lead to various issues for your residential or commercial property. But, worry not! At Stable Soils of Florida Inc, we can quickly and efficiently repair your seawall, protecting your property from erosion and damage! 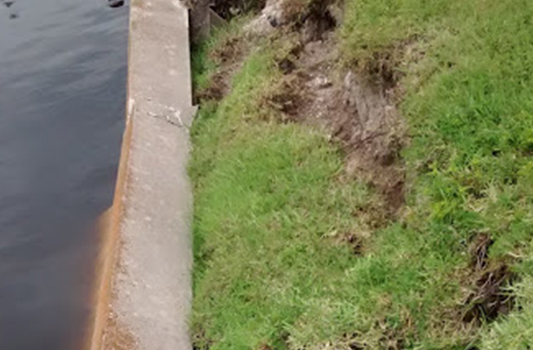 Movement of the Seawall 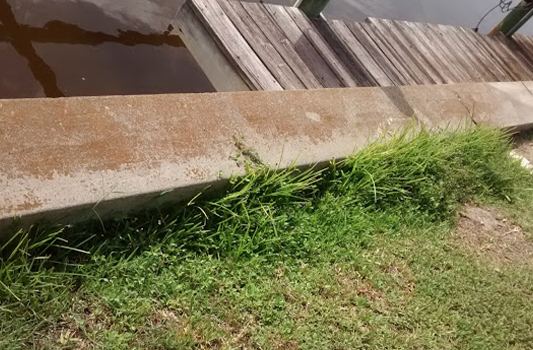 Rust Stains on the Surface 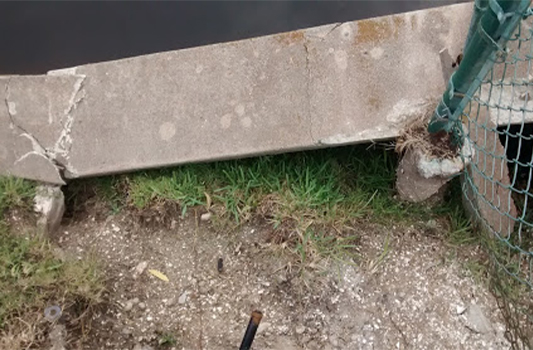 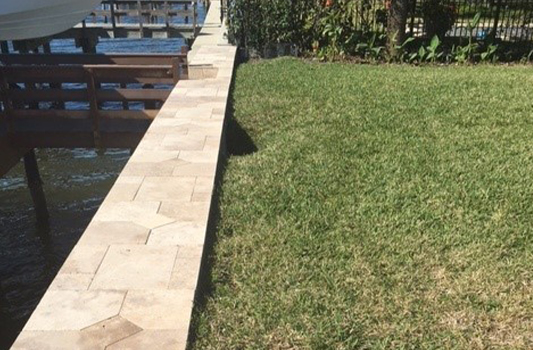 How To Repair A Damaged Seawall

Whether the seawall is installed at a residential or commercial property, a range of seawall repair options is available. Some contractors may recommend replacing the weakened wall, while others may prefer to excavate behind the wall to conduct repairs. But, at Stable Soils of Florida Inc., you can avoid all the disruptive work and money from significant excavation. Stable Soils uses rigid polyurethane soil stabilization resin in a two-part approach to properly repair seawalls and eliminate soil loss.

The Basics Of Weak Soils Zones

As seawalls are built above normal tidal or current levels, they need to be properly supported by compacted soil, allowing water pressure during high tides to be equal to the contained soil. As the tides change, the soil supporting the seawall is put under more stress and pressure, causing weak soil zones. If these are left unattended and continue to expand, seawall replacement may be necessary to remedy separation or stress fractures. 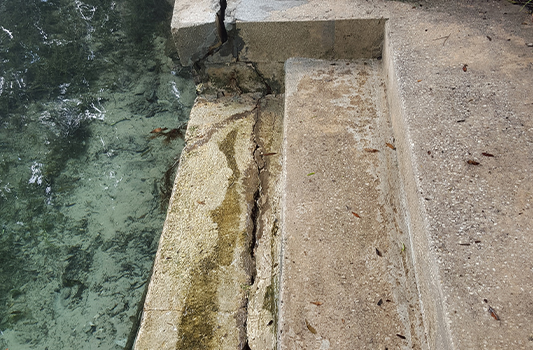 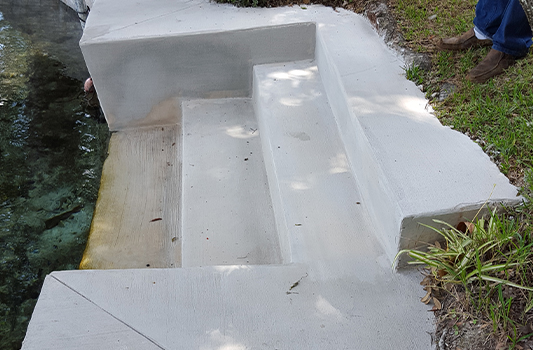 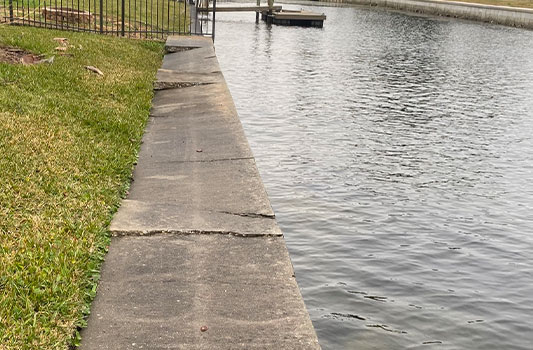 Seawalls are designed to repel water and contain the soil surrounding them! Due to this, seawalls are constantly beaten and battered by weather, gravity, tides, and water level changes. This wear and tear can be a potential danger to those near the seawall due to erosion caused by voids in the soil. These voids are often hidden under vegetation, which can be a danger to those walking near the seawall and surrounding buildings as the erosion spreads and creates larger voids.

Let’s examine the physics of a seawall

As seawalls repel water, during heavy rainstorms, seawalls must allow the water in the soil to drain into adjacent bodies of water; otherwise, the seawall will be put under hydraulic pressure. Water seeks out the path of least resistance, so under this pressure, the water will find a weak area or crack. In the worst case, the water can exit under the seawalls panels, taking soil with it and potentially causing weak soils, rapid erosion, and the development of voids.

To correctly repair damage to seawalls and eliminate soil loss, the seawall must be sealed and vented to alleviate the pressure it is under. At Stable Soils of Florida Inc., we use a two-part approach to properly repair your residential or commercial seawall, which we have outlined below. Contact our geotechnical construction company today to schedule a free inspection or to learn more about our services!

During the first step of our repair process, we will evaluate the drainage of the soil nearby the seawall and determine the best option for removing any water accumulated under the seawall. If the drain field is properly constructed, we can vent the water through the seawall using vented piping and soil retaining cloth with one-way check values at the wall. This allows us to let the water in the land into the body of water while restricting water inflow. 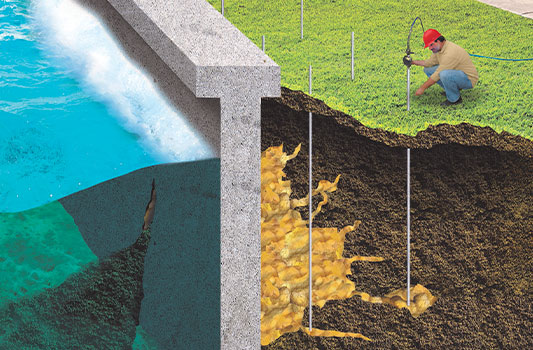 After removing the water, we will inject our polyurethane soil stabilization resin into the soils behind the seawall to create a water-tight mass of impermeable soil. This resin is lightweight and helps strengthen and stabilize soil to help eliminate any voids and enhance the wall’s strength. Using traditional concrete instead of our polyurethane soil stabilization resin can create a serious problem, as concrete is extremely heavy and can further weaken already weak soils.

From start to completion they were on time and professional. Had our seawall lifted and repaired. We are on a main river channel, so stabilization is important. If you need work done, I recommend this company.

Stable Soils is definitely a 5 star operation! From quote to finished product, we felt that we and our weak seawall were in confident, knowledgeable hands. We were given a tremendous amount of information on the products used and the procedure process. It went exactly as proposed and timelines were as expected. Trevor and his crew are professional and courteous. Just the absolute best experience and very pleased to know our seawall will be stable for many, many years to come!

I was looking for an alternative to building an expensive new seawall to stop the soil erosion. I found Stable Soils through a Google search and could not be happier. Lewis Evans determined that our wood was in good shape and their product would find the unseen holes, stabilize and stop the erosion. The process and the people I dealt with were professional from beginning to end. There was an area that needed additional material one year later but it has now been a bit over two years and I am so pleased we were able to save the existing bulkhead.

Proudly Serving All of Florida